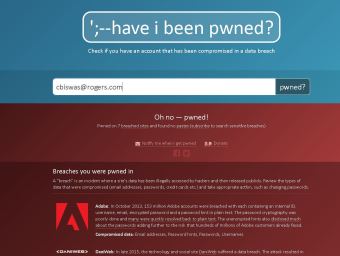 If you haven’t heard, there are currently about 1 billion accounts caught in two massive breaches: Exploit.in and AntiPublic. I’m one of that billion, and so was a family member. So are work colleagues. So that’s why I’m writing this – for the people I want to protect.

Security researcher Troy Hunt has been actively working on these breaches and getting notifications out. Among the key concerns raised was credential stuffing.

Credential stuffing is the automated injection of breached username/password pairs in order to fraudulently gain access to user accounts. This is a subset of the brute force attack category: large numbers of spilled credentials are automatically entered into websites until they are potentially matched to an existing account, which the attacker can then hijack for their own purposes.

As Troy lays out -and we need to be reminded of – this matters to us because:

You can read his site to see more. So what that leads to is stuff like this: 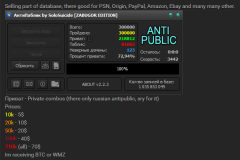 Exploit.in is 111 text files large at 24 GB, a mountain of email addresses paired with passwords Given Troy’s research do far, of the 593,427,119 unique email addresses contained, there are accurate ie valid creds and data that isn’t already compromised so fresh kill. There are only 222 million duplicates between the lists, so that means 63% of the accounts in Exploit are different from the 457,962,538 addresses in AntiPublic.

The numbers are staggering, but what we need to be “impressed” by is what led to this. It’s the same root causes, known failings and weaknesses and bad habits that have accumulated as data has accumulated. We all know how much easier it is to fix a problem in the early stages.

So the AntiPublic tool verifies how legitimate hacked credentials are, and there are data breach services that pop up to buy and sell these credentials. I have contacts who tell me that everytime these dumps happen they find a significant number of compromises in their regions, regardless of how many recycled creds are in there. Troy gathered some explanations on how this works:

the tool itself is for sale here [redacted]
it’s pretty cheap
it’s mostly used in Russia, but he does sell an english version
most common use-case: someone buys a dump on x forum, uses the tool to verify which ones are legit
similar to sentryMBA and account hitman
you will often see a uniqueness score associated with the sale based on output

I really appreciate the work done by security researcher Troy Hunt and his site HaveIBeenPwned .  This is a quick and easy way for anyone to check the status of their email or username, as well as to receive notifications of when they may be caught up in a breach. Because the sooner you can change your passwords, the better.